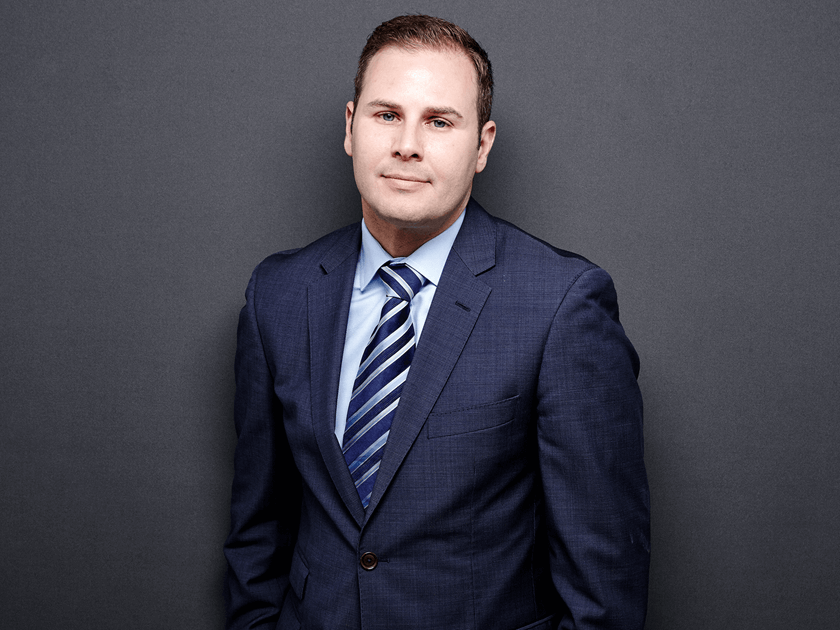 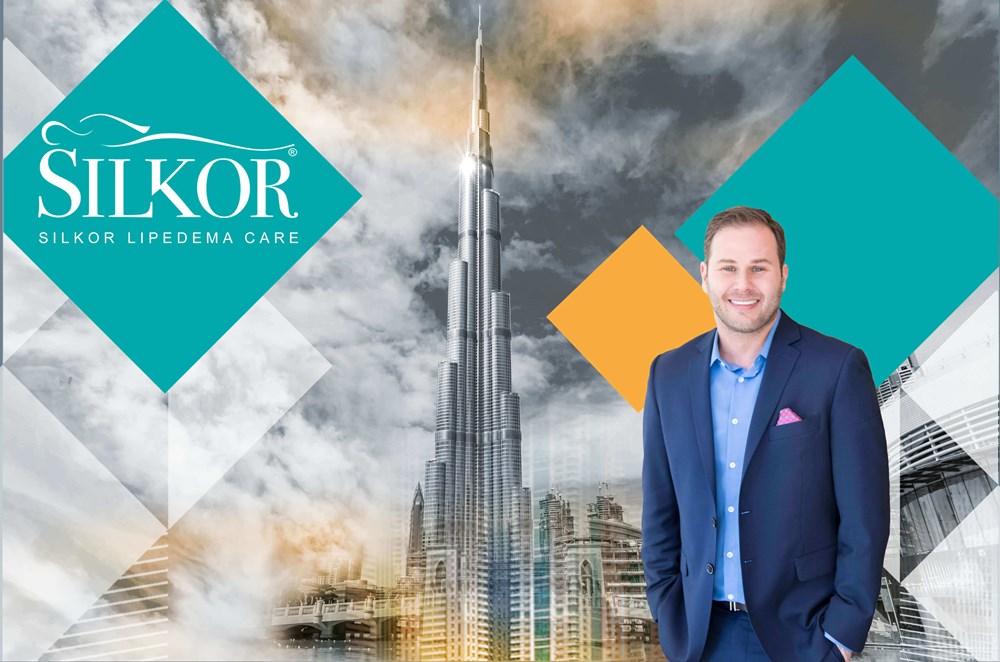 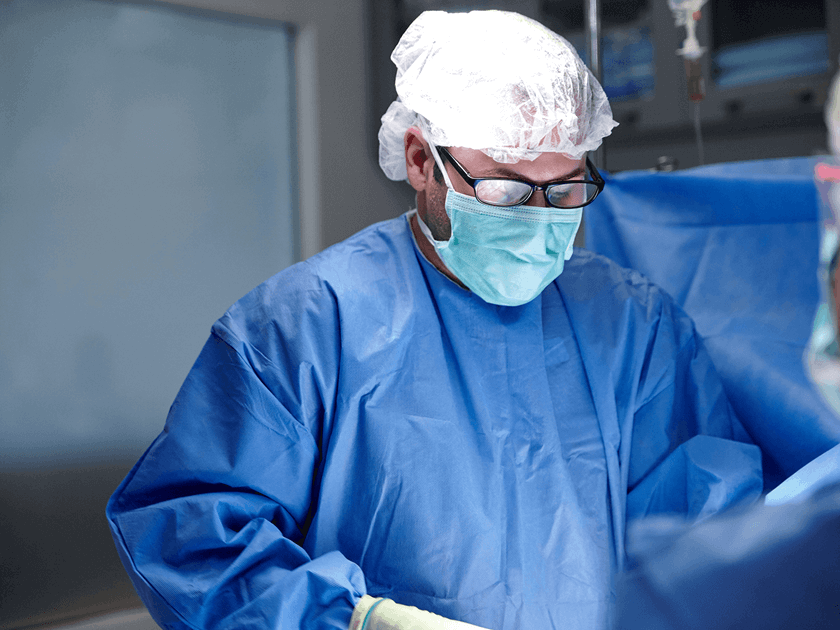 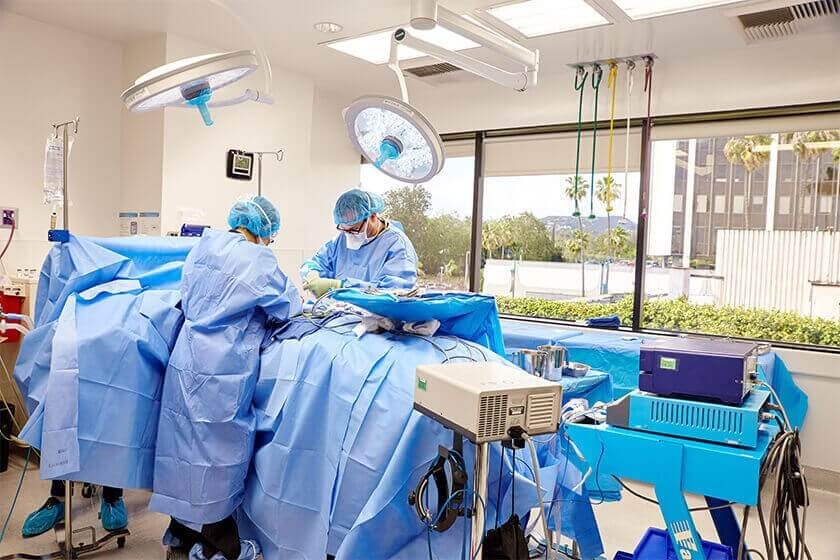 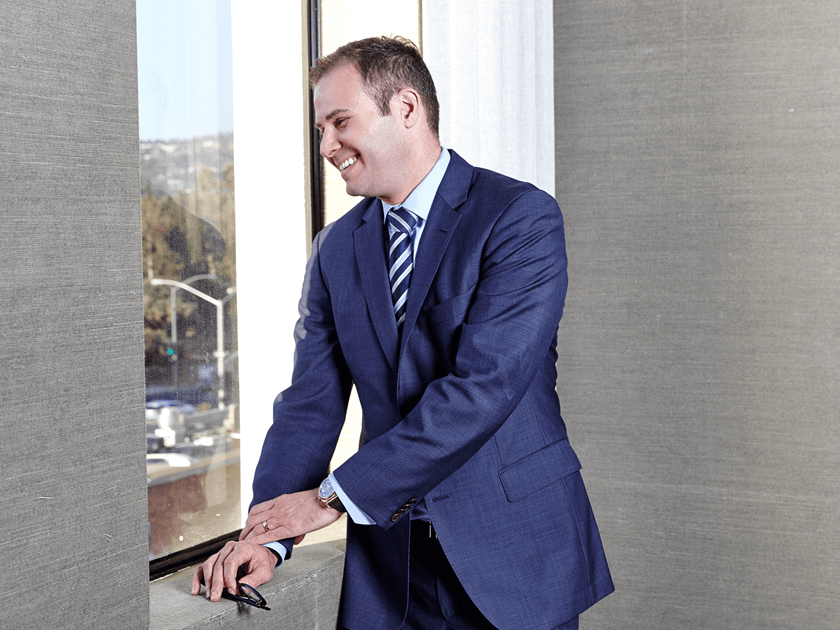 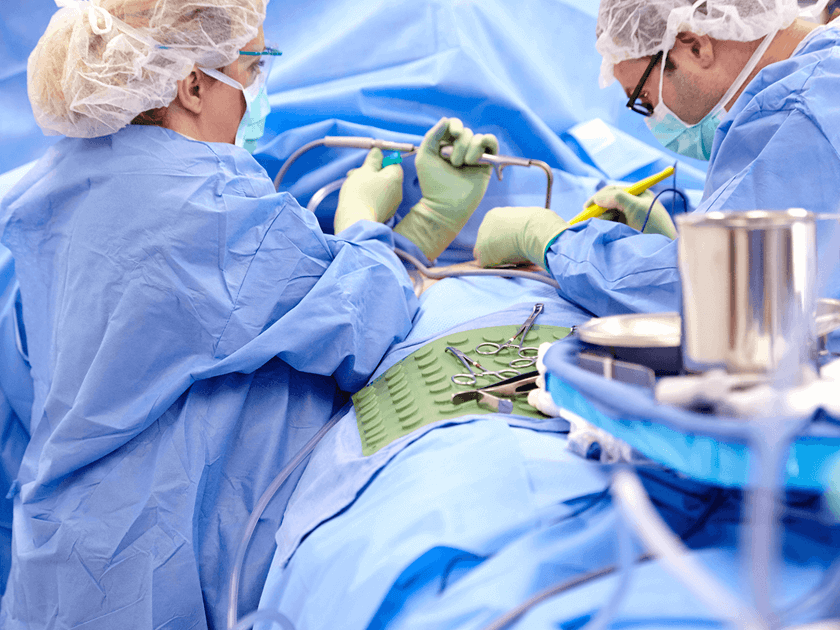 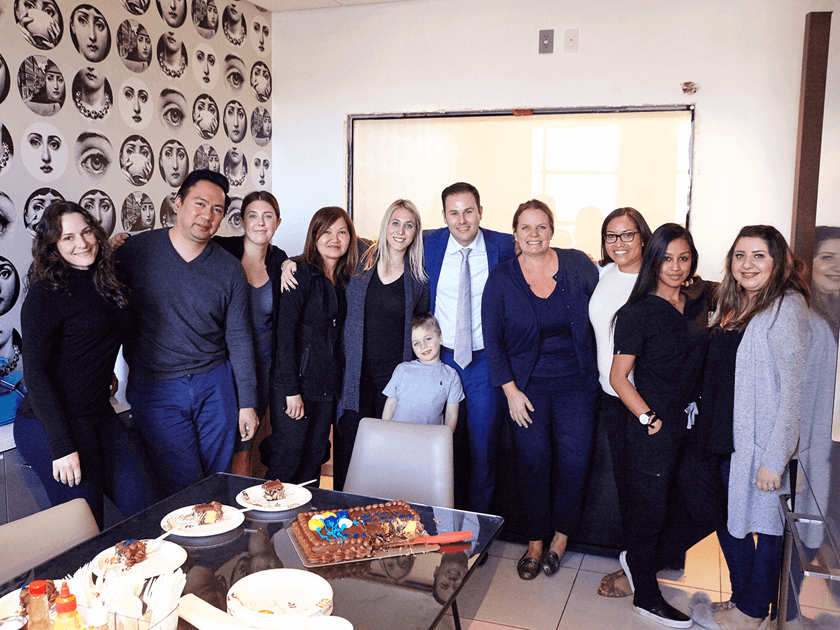 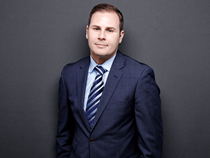 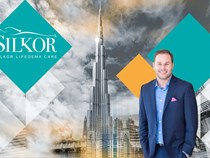 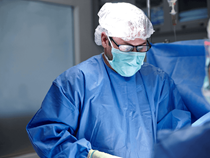 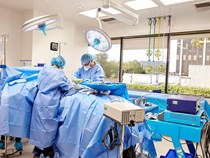 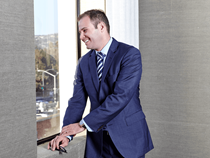 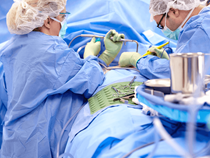 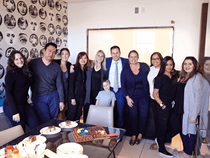 Total Lipedema Care is led by Dr. Jaime S. Schwartz, who is a board-certified plastic surgeon with many years of experience, a member of the American Society of Plastic Surgeons (ASPS), and a diplomate of the American Board of Plastic Surgery (ABPS). Dr. Schwartz is committed to the care of lipedema patients in all stages and types of this fat disorder, also known as a painful fat syndrome, at his private practice in Beverly Hills, CA.

Dr. Jaime Schwartz is well trained in both reconstructive and cosmetic surgery, with sought-after specialization in lipedema care. He also has a thriving plastic surgery practice in Beverly Hills. He is committed to promoting advances in medicine and serves on various American Society of Plastic Surgeons committees, including health policy, patient safety, emerging trends, quality and performance measurement, and the Clinical Trials Network. He has also received national recognition with many "Physician’s Choice" and "Compassionate Doctor" awards.

As he attended college at Tulane University and earned a Bachelor of Science degree in cellular and molecular biology, he also further delved into health, the human body, and disease. He discovered that his curiosity in this field might be genetic. His mind was opened by books from a great-uncle (whom he never met), Dr. Jay Milton Hoffman, such as his The Missing Link in the Medical Curriculum (1981) and John Westerdahl's Hunza: Secrets of the World's Oldest Living People (1968). These influential books (written way before their time) discussed how diet and disease are related. Dr. Schwartz spent time learning all he could about these topics and dedicated research time at the Ochsner Medical Institute. After his extensive time working and studying healthcare, Dr. Jaime Schwartz was accepted into the Georgetown University School of Medicine in Washington, D.C., which is one of the top five most selective schools in the United States.

During his time at Georgetown, he continued to pursue extracurricular research and education in addition to his rigorous medical curriculum at the world-renowned Georgetown Lombardi Comprehensive Cancer Center, a National Institute of Health accredited National Cancer Institute. Here, he was able to focus on his main interest: breast cancer. He became involved in cancer research on Tamoxifen and studied tumor biology and the biological basis of cancer.

As a third-year medical student on clinical rotations, Dr. Jaime Schwartz performed his first surgery — as an assistant to a mastectomy for a breast cancer patient. After the breast was removed, he asked if he could stay to see the breast reconstruction process — a pivotal moment in his life where his whole world changed. As the plastic surgeons began to reconstruct the breast, they discussed the different options, such as expanders, implants, and several types of flap techniques using the patient's own fat. The options seemed endless and the surgeries seemed very artistic. He was very intrigued. He was furthered exposed to more plastic surgery procedures, such as cleft lips and palates, diabetic limb salvage, and wound care. The reality became that as a plastic surgeon, he could be instrumental in touching people's lives by putting them back together. He was hooked.

Under the auspices of the chairman Dr. Scott Spear, Georgetown Plastic Surgery was one of the most influential departments in the world for breast reconstruction. Due to this, Dr. Schwartz ranked Georgetown University Hospital Plastic Surgery number one on his list for residency programs he wanted to attend (even above Harvard). There were only 71 spots in the entire United States for plastic surgery training for doctors directly from medical school in the country. Dr. Schwartz was accepted into his first choice. His training there set the stage for his career as one of the foremost authorities on breast surgery.

Georgetown University Plastic Surgery was one of the first Departments of Plastic Surgery in the country (not a division of general surgery) and the training program was one of only a few at that time that was integrated. What that meant was that Dr. Schwartz spent his entire six years there focusing only on plastic surgery.

During his training, Dr. Jaime Schwartz completed close to 3,000 procedures while authoring articles, textbook chapters both nationally and internationally, as well as definitive, educational, special journal supplements for the Plastic and Reconstructive Surgery Journal of the American Society of Plastic Surgeons. His kind, caring demeanor toward his fellow colleagues and patients was rewarded with the Georgetown University Hospital’s "Caring Star" award every year (given by patients to the top healthcare providers at Georgetown University Hospital). He also took an active role in medical student and resident education where he won the highest teaching award as "Outstanding Resident Teacher Award" for the Department of Plastic Surgery and the "Certificate of Professionalism" award from Washington Hospital Center medical staff.

His accolades from training allowed Dr. Schwartz to pursue a fellowship. He was offered many positions, including the Harvard program at Beth Israel Deaconess and the world-renowned Cleveland Clinic. He accepted the Cleveland Clinic Fellowship in advanced face and body aesthetics as a clinical instructor in their training program. He was afforded the opportunity to work alongside amazing physicians who performed the first face transplant in the United States and to educate by overseeing residents and teaching them some of the art of breast surgery that he learned from Georgetown and Dr. Spear.

Dr. Jaime Schwartz was recruited to Southern California by Presbyterian Intercommunity Hospital (PIH) as Chief of Plastic Surgery based on his academic excellence and national reputation as an "Outstanding Aesthetic Surgeon and Reconstructive Breast Surgeon." Here, he was tasked with building the hospital's first plastic surgery department, creating a reconstruction after massive weight loss — body contouring program, and assembling and overseeing their breast cancer reconstructive program. As chief of plastic surgery, Dr. Schwartz performed more than 5,000 surgeries and 10,000 cosmetic procedures. He developed novel techniques for breast cancer reconstruction using the patient's own vascular tissues with "AutoDerm." He also created PIH's first nipple-sparing registry, developed national guidelines for breast surgery and implants, was instrumental in obtaining national accreditation for the PIH Breast Center through National Accreditation Program for Breast Centers (NAPBC), and was a principal investigator for a Phase 2 FDA clinical trial for correcting and preventing poorly healed breast scars. Dr. Schwartz is also very proud to be a part of changing the culture of breast reconstruction where "women made their own choices" about their care and options for treatment.

Dr. Schwartz became a community figure from lectures in the hospital, local TV station interviews, presenting or attending the monthly breast cancer support groups, and creating a fundraiser known as "Rejuvenate For The Cure®." Understanding the best way to beat breast cancer is early detection, Dr. Jaime Schwartz started this yearly event where he would inject BOTOX and cosmetic dermal fillers with all proceeds donated to the PIH Breast Center to offer free mammograms to women who could not afford them. On the first day of the fundraiser, Dr. Schwartz performed enough injections to raise money to provide more than 300 mammograms.

When PIH incentivized their employees to "Get Fit" through a work fitness program, so many of these employees and their families lost hundreds of pounds. Dr. Jaime Schwartz was tasked with helping all of them regain their bodies with surgical body contouring. He performed hundreds of tummy tucks (with circumferential or fleur de lis incision techniques), lower body lifts, arm lifts, thigh lifts, back lifts, breast lifts with or without implants, and contouring liposuction.

He continued his active leadership role in patient care and safety by serving on numerous committees at Presbyterian Intercommunity Hospital, including Patient Safety, Patient Experience, Surgical Administration, and Research Oversight. In recognition of his “patient-first” ethics and hard work, he was awarded the highest-level Physician Excellence Award.

From a very young age, Dr. Jaime  Schwartz always knew he was going to pursue a career in healthcare. He comes from a long line of medical providers, such as podiatrists, researchers, and physicians. When he was young, his father would take him on his "rounds" to see patients in the hospital on weekends. In his teenage years, he spent time working in his father's medical office and began to attend surgeries before he was allowed to drive. Growing up in an area that was considered a "cancer cluster," Dr. Jaime Schwartz grew up surrounded by many women in his immediate circle with breast cancer. He was touched personally by this and knew he needed to find a way to practice medicine to make needed changes in women's healthcare.

"What a wonderful experience I had at Dr. Schwartz office! The staff is so lovely, and Dr. Schwartz was so nice and caring and thoroughly answered my questions! I highly recommend!"

"As someone who works in the medical field and has experienced multiple interactions with plastic surgeons, I can proudly state Dr. Schwartz is one of the most genuine and highly skilled surgeons I've encountered. I was under his care for a procedure and have been beyond thrilled and proud of his work. He was very mindful of my requests and made me feel as important as someone receiving more complex surgery. My outcome exceeded my own expectation! I would trust him with anyone I know for any type of simple cosmetic or highly complicated reconstructive procedure. Moreover, he is kind hearted and considerate."

"My procedure was so amazing and I would definitely recommend Jamie to anyone and everyone. Not only did him and the staff take amazing care of me before, during, and after, especially with my fear but they also were there for me with whatever questions I had. The even called me the night of my surgery to check in and make sure I was doing ok. Since the surgery I have been so much happier and my back feels so much better. My friends can't stop telling me at how amazing I look and how much more confident I am. I can't recommend him enough."

"I had the most amazing experience with Dr. Schwartz and his team at the Roxbury Institute from start to finish.  If you're looking for THE BEST look no further! Not only is he an amazing surgeon but his bedside manner and care for his patients is like nothing I've ever experienced before.  Thank you for my amazing results and making my experience perfect!"

"Amazing doctor and staff! Love them so much, couldn't ask for a better doctor/nurses. Dr. Schwartz, Danielle, Dawn, Melissa ... love you all, you guys are the best ! I'm a perfectionist and Dr. Schwartz delivered amazing results. They all went above and beyond for me, I think I'm going to move in ;) I also just had a hydrofacial with the esthetician Mikeley (I think I'm spelling that wrong) and it was fabulous, my skin looks amazing. I could go on all day on how much I love them! Thanks guys, see you soon ;)"

Need help differentiating between these rare fat-accumulation disorders? Lipedema, Dercum's disease, lipomas, and what you need to know.

What To Look For In A Lipedema Treatment Center

What type of doctor treats lipedema, and what should patients look for in a treatment center after being diagnosed with this medical condition?

What Lipedema Surgery Treatments Are Available To Me?

Are you looking for lipedema treatment? Is liposuction your only answer? Learn more about this disorder and what can help.

If you have lipedema, find out more about lipomas and how to get properly diagnosed in order to get the right treatment options.

*Individual results are not guaranteed and may vary from person to person. Images may contain models.